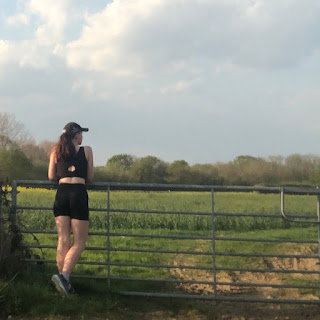 I was first diagnosed with depression when I was 17, I had been self-harming and was so scared by my own behaviour that I took myself to the doctor who very quickly gave me some medication. Over the next couple of years things worsened, I felt detached most of the time, my memory was patchy, my anxiety grew and my self-esteem plummeted until, following a messy breakup, I attempted to take my own life in July 2012.

After being medically cleared, I spent 3 days as an inpatient in a psychiatric ward where I was diagnosed with generalised anxiety disorder (GAD) and depression before being discharged to start a CBT course as an outpatient. Having had visits with school councillors during my parents divorce and my Dad’s own battles with mental health as a child I was a little sceptical about any sort of talking therapy but am so glad I gave it a go and found that, for me, CBT is incredibly helpful.

Despite the work I had done after my suicide attempt, I never fully shook the feeling of not being “good enough” and became a perfectionist. When things didn’t go to plan, I started running away because I saw it as failure and was too ashamed to ask for the support to get through it. I jumped from relationship to relationship, job to job, and have moved my life back and forth between my family home in Kent, Australia and Austria. I also stopped taking my medication because I thought that the numbness I felt on it was preventing me from reaching the goals I set myself, goals I now see were often unachievable.

In Austria I started working in a dark little basement bar, most nights I worked alone, I drank with my customers all the time, and smoking inside was still legal so I ended up getting through a couple of packs a day. I remember sitting on my bedroom floor, drunkenly crying as suicidal thoughts started crossing my mind again most mornings so I made the decision to talk to my boss about possibly working in his café instead of the bar, it took 8 months for the transition to be complete but it happened and saved my life.

In summer 2017 I went to the gynaecologist for a routine appointment and he started asking questions about my depression, having seen it mentioned in my general medical notes, he asked when I had first noticed it and when I had first started hormonal birth control. I had never considered how hormones could affect my mood before, I was simply always depressed, but after our discussion I came off the extra hormones and within the next few months I started to feel more human, less zombie.

Coming back to the UK was the first time I ever remember that I made a decision for ME, as a step towards an attainable goal, in a realistic time scale, instead of running from a setback. As wonderful as the landscape I called home was, I saw a healthier and happier future here so took a step towards it.

Going through my management training courses in 2019 was incredibly triggering, we did a lot of self-awareness work, and were often reminded to “never accept less than perfect” from ourselves and our teams which was about to set me off on a downwards spiral when I was told about online CBT which I managed to start very quickly and helped prepare me with tools for dealing with these triggers, but the management course also meant I got to start teaching more and I finally found my spark again, seeing someone I have trained succeed and not only take pride in their work but truly enjoy it too is what really fills me with love and pride. 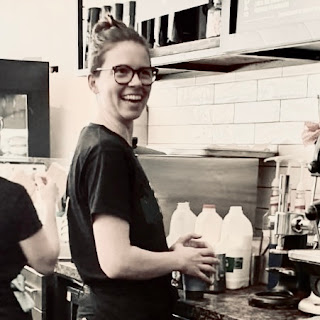 Working in hospitality is my true calling, and I can happily tell people that now, but it’s not always been the case. I felt judged for choosing full time employment in an “unskilled” job instead of going to university when I finished school and it took me a long time to shake that feeling, it was a big part of the perfectionism, I felt like I needed to prove to others that I was skilled and could succeed “despite” not having a degree. That course of CBT during my training helped me redefine what I see as success and FYI, some days just getting out of bed is a success. I have stopped worrying what other people think of my life and started to embrace the joy, laughter and bad dancing I get to share with people who understand my passion which has led to a much more happy and peaceful life as we brighten up the lives of others around us.

In 2019 I also discovered running. I had tried it as a teenager to lose weight then had run two half marathons for Race for Life but without training so the takeaway was one of struggle not of delight. I was lucky enough to attend The Running Awards with my friend Eric and got swept up in the atmosphere (and prosecco), saw a short video clip of the Loch Ness Marathon and decided I was going to run it. So, I did. Only this time I actually put in the training, I still thought of it as more of a chore for quite a while and then, about four months in I started to notice the smile when appearing, and when I collapsed into my Mum’s arms at the finish line on race day I knew that I had well and truly fallen in love with it. Not much beats that post run high.

By the end of 2019, everything was going well for me, my team were my family, I had run my first Marathon and I had started to get to know teams in other local cafés, bars and restaurants, but as my socialising increased, so did my drinking, and I barely ran at all. I was bedbound sick for the first 10 days of January and then had something happen in my private life that hit me harder than anything ever before, so hard that there was a day my area manager had to help me up the stairs because I was crying too much to even stand, and just as I was starting to wrap my head around what happened, I was promoted, achieving that goal I had set when coming home, but it did mean I had to leave the family I had built so securely around me and join another as an outsider, then finally, one of my best friends moved to Italy. And this is all before the threat of Covid-19 had even really reached us. Despite going through what was possibly the most emotionally demanding 6 weeks of my life so far, I never had a single suicidal thought because I focused on the things I love, mainly my work and running, I talked openly and honestly to my friends, and I made sure I wasn’t drinking regularly.

The theme of mental health awareness week this year is Kindness.

Being kind to yourself is too often overlooked. Nothing is more important than your health, and mental health is health. When running I have learnt the difference between an ache and a nasty niggle, when I feel the niggle I don’t keep pushing it to the limit, so why have I frequently thrown myself into yet another task when I am already feeling the pressure of stress, why didn’t I ease off? Because the stigma is still there, it is still brushed under the carpet and ignored. It warms my heart to see more and more people sharing their stories, especially this week, because it shows we as a society are heading in the right direction so let’s keep this momentum going.

Keep talking, keep being kind to yourself and others, smile.

I’ll be back soon